Michelin unites local businesses for a good cause

Sauce caught up with Mike Lawton, Head of Global Marketing and Communications – Brand Licensing, at Michelin to find out more about the company’s 2019 charity dinner in aid of…

Sauce caught up with Mike Lawton, Head of Global Marketing and Communications – Brand Licensing, at Michelin to find out more about the company’s 2019 charity dinner in aid of Dougie Mac. Click here to watch our behind-the-scenes video. 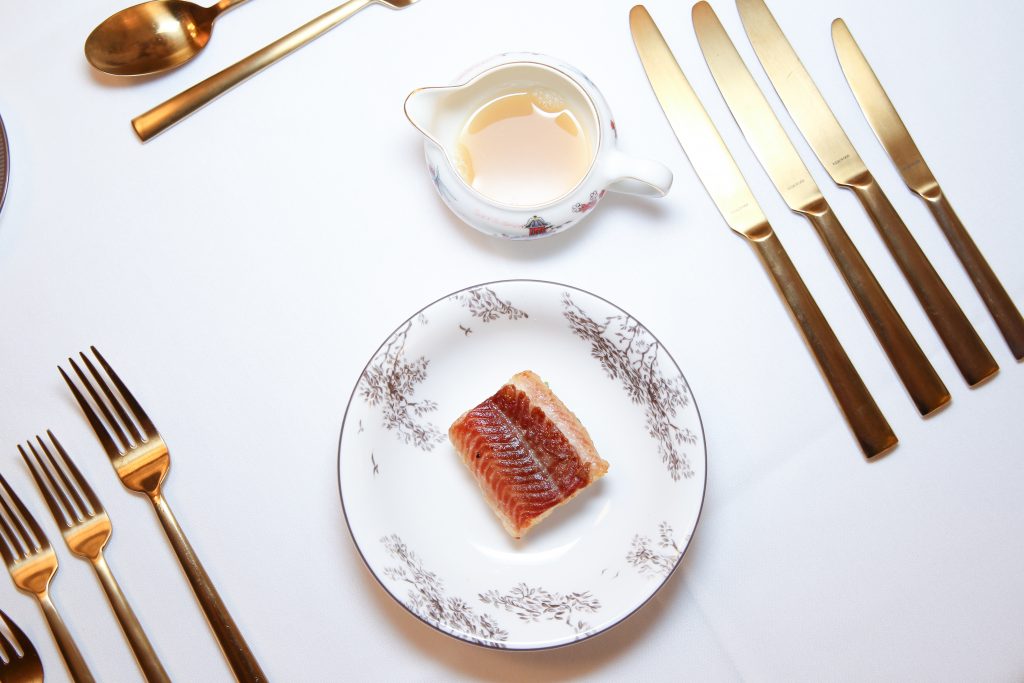 Through ticket sales, along with the auction and raffle on the night, the event raised more than £60,000 to support Dougie Mac’s work providing end of life care across Stoke-on-Trent and North Staffordshire. It was made possible by Michelin (whose employees chose Dougie Mac as the Stoke site’s charity of the year and volunteered to provide table service on the evening), World of Wedgwood (who provided the venue), J&J Wines (who supplied the wine pairing), and the two visiting chefs and their teams.

In the kitchen at World of Wedgwood this year were John Williams MBE, executive chef at The Ritz London, and Rob Palmer, head chef of Peel’s Restaurant at Hampton Manor – both Michelin starred chefs.

“It was a fantastic honour to bring such names up to Stoke-on-Trent in support of the charity,” says Mike. “Frankly, the two chefs and their teams were amazing. Of course I was expecting to see Rob Palmer and John Williams when I arrived, but I wasn’t expecting that John would have brought Spencer Metzger along too.” 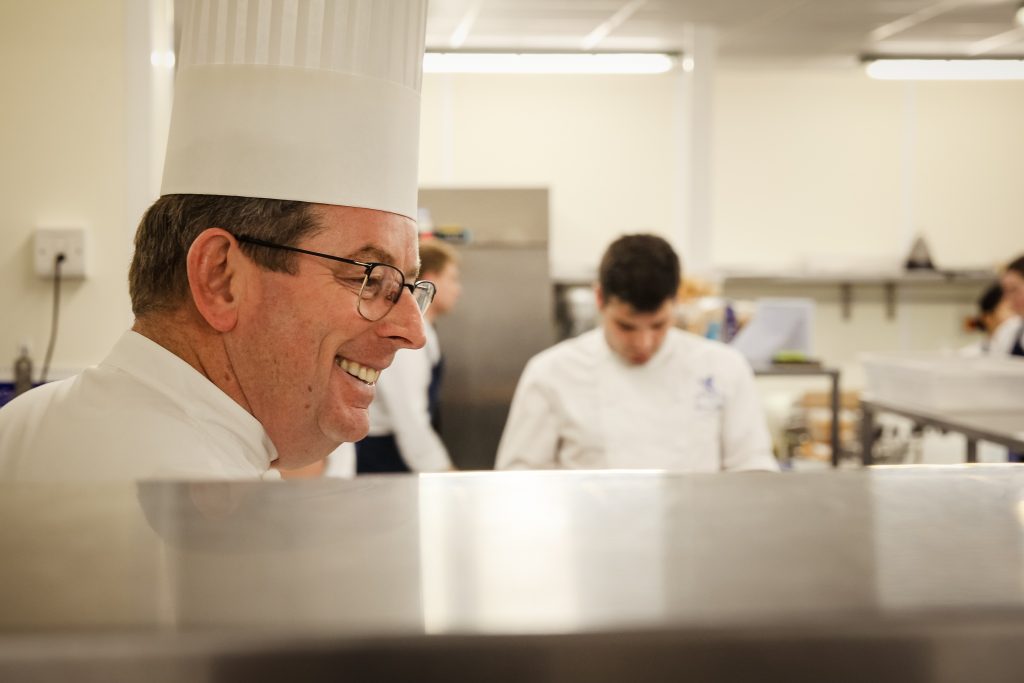 Spencer won the prestigious and highly competitive Roux Scholarship this year. Past winners in the scholarship’s 35 year history have included Andrew Fairlie, Sat Bains and Simon Hulstone, along with many others who have gone on to create starred restaurants in their own right. Also in the kitchen from Peel’s was Monty Stonehewer, a contestant on the current series of MasterChef: The Professionals. As Mike explains, the amazing level of talent working in unison in the kitchen was a key factor contributing to a fantastic evening of food and fundraising.

“I believe Dougie Mac were truly thrilled with the evening,” he expands. “The people that I spoke to said it was one of the best fundraising events they’ve attended and the results would suggest that as well. We’ve not had one single negative comment. There’s nothing more pleasing than seeing lots of happy, smiling faces at the end of the night and having achieved a fantastic objective for the hospice.”

Having proved such a success last year, this year’s dinner had sold out a month beforehand. The lucky guests enjoyed snacks and canapés, followed by five mouthwatering courses including a lobster, carrot and lemon verbena starter from John and a smoked eel, kohlrabi and sea herb dish by Rob.

“The feedback from the chefs was tremendous,” says Mike. “I’ve had some lovely emails from John, Rob and their teams. Their experience and skills made it a really successful and unique event. World of Wedgwood were delighted to be a part of it too. Their involvement in donating the use of the dining room, kitchen and all the beautiful tabletop items is pivotal in putting on the event. It depends on a lot of factors, but if everything lines up correctly, there’s no reason we couldn’t do it again next year. And yes, I have already been asked about next year!” 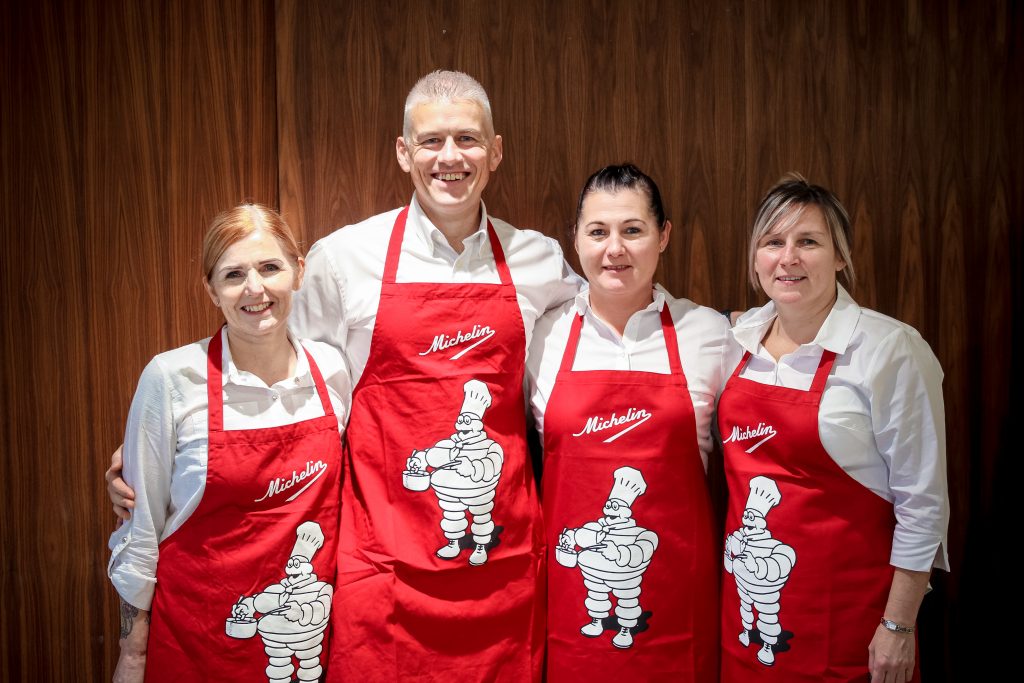 Mike’s colleagues at the Michelin Guide have also been delighted with the positive outcome of the event. So delighted, in fact, that the model is set to be shared so it can be rolled out across the world in the 38 countries where the Michelin Guide currently exists.

“It’s hard work because there are 150 people to serve, but the Michelin and World of Wedgwood employees who took part really enjoyed it. It was great to see Craig and the front of house team from Hampton Manor training them and giving them the confidence to deliver the food in such a great way. You’ve only got to look at some of the pictures to see how engaged everyone was.

“Last year we had around 20 volunteers; this year we had 37. That tells you the kind of reputation the event has got after such a short time. We had some employees from World of Wedgwood volunteer to take part too, so it was a great coming-together.” 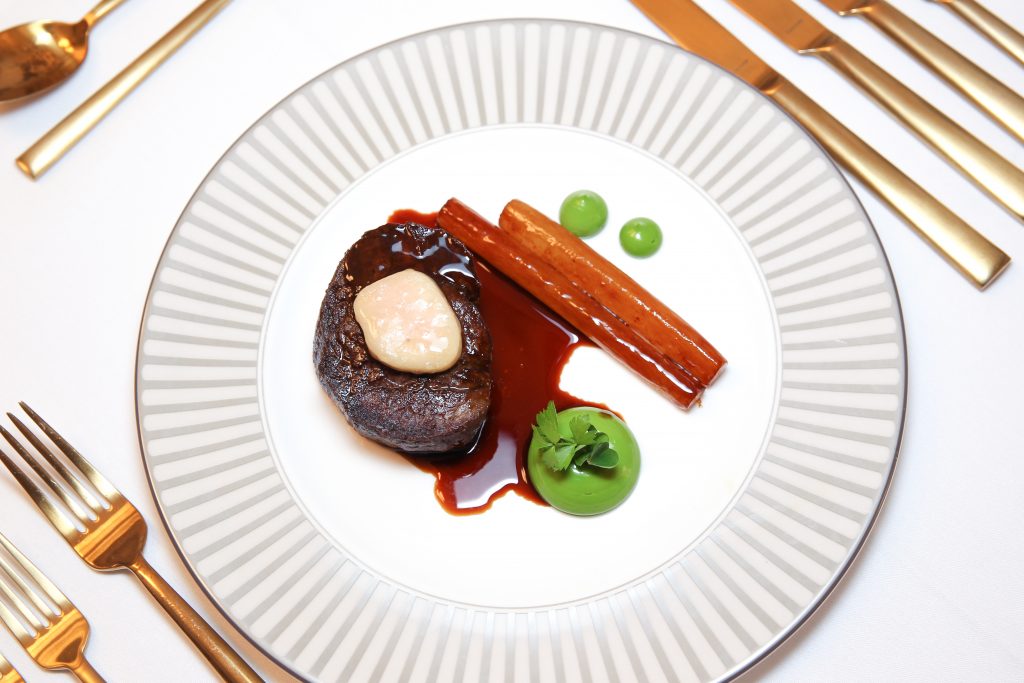 For Mike, that’s what the event is all about.

“Once again we’ve proved what local businesses coming together can achieve,” he concludes. “The collective activity of Michelin, World of Wedgwood and all of the other businesses that were involved is much, much greater than any of us individually could achieve on our own.

“I’d just like to say thank you to everyone for believing in the concept and for supporting us and Dougie Mac. For them, the fact that almost £60,000 could be raised in a single night is really very meaningful.”

Watch our video for a glimpse behind-the-scenes of the dinner.