To Infinitii, and beyond British-Indian food

Katy
3 min read
844 views
No Comments on To Infinitii, and beyond British-Indian food 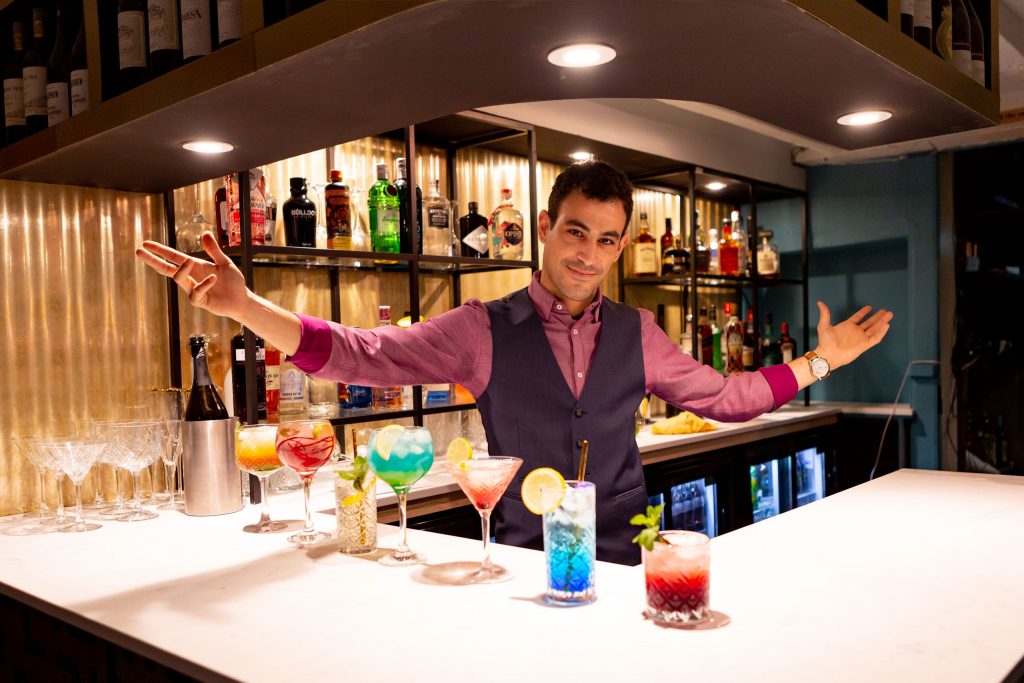 On 11 February, a new restaurant and gin bar opened its doors in the picturesque Staffordshire village of Abbots Bromley. Sauce were invited along to sample the modern Indian cuisine and fabulous paired gin cocktails at The Infinitii.

The former Royal Ruchi has been transformed by owner Mustafa Chowdhury and his team into a contemporary restaurant, with teal walls set off by burnished gold metalwork and comfortable furnishings.

With menus that embrace both veganism and the health conscious (the kitchen uses olive oil for cooking and steers clear of deep frying, so poppadoms are out), Infinitii is also committed to reducing its environmental impact by sourcing organic, local ingredients and producing net zero plastic waste.

General manager Jacobo Gonzalez Jaspe and award-winning chef Mamrej Khan are at the helm. In a career already spanning 25 years, Khan has worked in restaurants across the world including the 5 star Taj Hotel in Chennai, The Rose Garden in the Maldives and the Deluxe Palace Hotel in Bahrain. Since coming to the UK, he’s been head chef at the Lasan group in Birmingham and The Mint Room in the southwest, as well as being a mentor to celebrity chef Aktar Islam, of Michelin-starred Opheem.

On arrival we’re presented with some of the cocktails that have been created in partnership with nearby Nelson’s Gin – a Basil Smash made with their London dry, lemon and basil, and a peppercorn and chilli-infused cocktail with Nelson’s Timur gin.

For starters, we’re served the smoky lamb tikka – cinnamon smoked lamb fillet cooked to melt-in-the-mouth perfection in the tandoor, which is available as a starter or main course. The dish is covered with a glass cloche so you can experience those smokey aromas at the table as it’s revealed.

And there’s a modern take on classic Mumbai street food in the form of bhel puri. A mind-blowing combination of textures and tastes, bhel puri pairs tangy tamarind paste with crispy puffed rice and lightly spiced potatoes. This is a dish that would easily be overlooked on the menu, but we highly recommended giving it a try.

Next, chef has prepared South Indian inspired Malabar sea bass – a panfried fillet cooked in coconut milk, tempered with mustard seeds and curry leaves and served with spiced sauté spinach. The creaminess of the coconut complements the sea bass, as does the fragrant saffron rice that’s paired with both main courses by the chef. 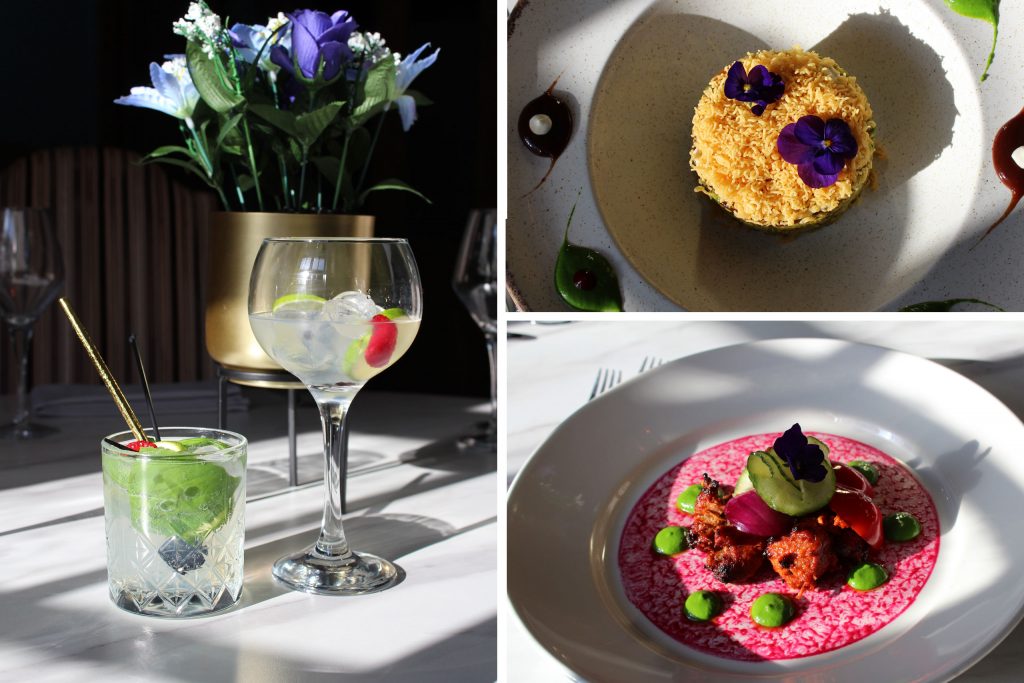 For the editor, its duck Lucknowi, an Awadhi speciality of seared Barbary dusk breast in a caramelised onion, tomato, yoghurt and cashew nut sauce. We also tuck into a side of daal makhani, made with the black lentils so common in Indian cuisine. These are rarely used elsewhere than India because they are difficult to prepare and cook compared to other varieties. There’s also traditional clay oven baked naan, shot through with smoky Applewood cheese.

We’re also treated to a sample of each of the desserts on offer: from a light chocolate and cinnamon mousse decorated with a beautiful painted chocolate leaf, to traditional carrot halwa, a sweet pudding served with sour apple and strawberry coulis. The gulab jamun, India’s answer to the doughnut, is also served with sour apple and a mango coulis to cut through the sticky sweetness.

The Infinitii is putting an unpretentious and modern twist on authentic Indian food, showcasing regional techniques and placing the tandoor at the heart of the kitchen. We certainly enjoyed our trip beyond the boundaries of ‘British-Indian food’, and we look forward to seeing what they do next.