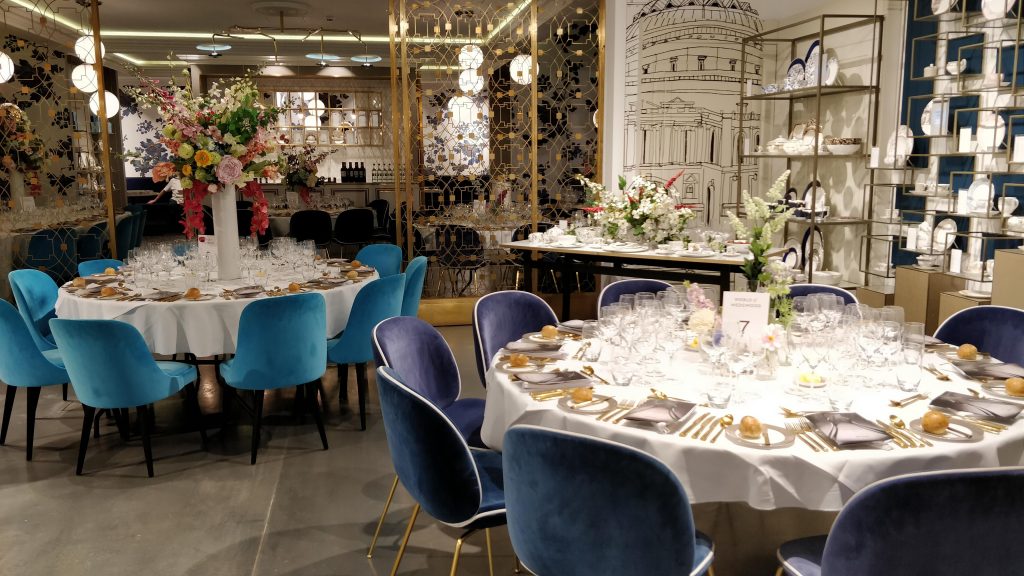 Chefs John Williams MBE and Rob Palmer will be in Stoke-on-Trent this autumn for the Michelin Dinner 2019, raising money for the Douglas Macmillan Hospice.

Two fantastic Michelin starred chefs will prepare a 5 course tasting menu for 150 lucky guests in the stunning World of Wedgwood Tea Room at Barlaston on Monday 21 October. Coordinated by Michelin, whose UK headquarters are nearby on Campbell Road, the dinner is a fundraiser on behalf of Michelin employees’ chosen charity of the year.

Every pound raised will help Dougie Mac to continue providing priceless end of life care, free of charge, to people across North Staffordshire and Stoke-on-Trent.

Starting at 6.30pm, this special event gives Stoke-on-Trent and Staffordshire foodies the chance to enjoy a night celebrating exceptional food as well as the power of local businesses to work together to do good.

In the kitchen on 21 October will be two Michelin-starred chefs and their brigades. John Williams MBE has been executive chef at The Ritz London for the last 15 years, winning numerous industry accolades, and readers may recognise him from the TV documentary Inside the Ritz Hotel. Also soon to be seen on Channel 4’s Great Hotel Escape is Hampton Manor, where head chef Rob Palmer won his first Michelin star in 2016 at Peel’s Restaurant.

There will be some phenomenal prizes up for grabs in a charity auction on the evening too, including some practically priceless foodie experiences.

Stoke-on-Trent foodies won’t want to miss out on this unique event. A few tickets are still available at the time of writing. At £175 per person they include a welcome drink on arrival, 5 course tasting menu and accompanying wine flight.

Born and bred in Staffordshire