June beers with Brews of the World 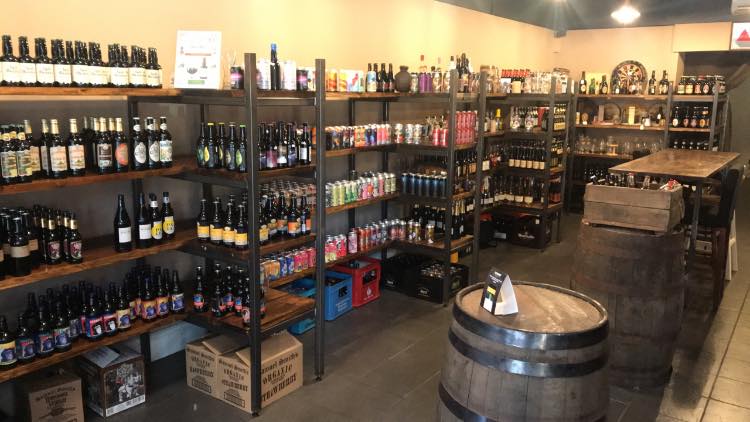 Chris McCormack and Robin Ludlow opened Brews of the World on Station Street in Burton-on-Trent almost two years ago now. You can find out more about their backstory and the variety of beers they stock in the latest edition of Sauce magazine.

Here are Chris and Robin’s top picks for June drinking, all available now at Brews of the World.

One of the legendary Rauchbier (‘smoked beer’) range from Schlenkerla, who are based in the town of Bamberg in Franconia. Allegedly named after a former brewer whose gangling gait may (or may not) have been due to over-consumption of his own products, Schlenkerla Weizen is brewed with unsmoked wheat malt, barley malt which has been smoked over beech woodchips and top-fermenting yeast (as opposed to lagers which are brewed with bottom-fermenting yeast).

Unfiltered and naturally hazy, this fine beer has spicy notes of cloves and banana – as expected from a Bavarian-style wheat beer – coupled with warm, smoky notes reminiscent of smoked cheese or bacon. At 5.2% ABV, it’s ideal if this is your first foray into German Rauchbier.

Many so-called ‘chocolate’ beers don’t contain any actual cocoa, but make a spurious claim to the name through their use of chocolate malt – barley roasted to a dark colour which can offer similar flavour notes. Always read the label.

Having said that, there are a growing number of chocolate beers that live up to their billing. The cream of the crop is arguably Samuel Smith’s Organic Chocolate Stout from Tadcaster in North Yorkshire – often referred to in brewing circles as ‘The Burton of the North’ due to the local water (‘liquor’ in brewing parlance) being similar in composition with regards to mineral content, making for great pale ales.

It clearly makes for decent dark beers too, judging by this smooth, rich, chocolatey offering with organic cocoa, sugar, hops and barley. It’s syrupy and sweet with a deep chocolatey finish.

Ideal food pairings: ice cream, cake, anything sweet.  Some of our customers mix this in a glass with Sam Smith’s Organic Cherry Beer (also available from us); and claim it tastes like Black Forest Gateau… 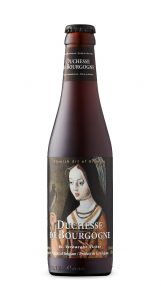 This red ale from Flanders – the Dutch (or Flemish) speaking north of Belgium – is a throwback to an older style of brewing which was once much more widespread and shares its roots with other ales, including British porters. A blend of two ales brewed with Lactobacillus bacteria and wild yeasts such as Brettanomyces, Duchesse de Bourgogne is then aged in oak casks.

Known as the Burgundy of Belgium and named after Mary of Burgundy, who lived between 1457 and 1482 and is depicted on the label, this Belgian classic cannot fail to remind you of balsamic vinegar; you’ll also get cherries, tart sourness and berry sweetness.