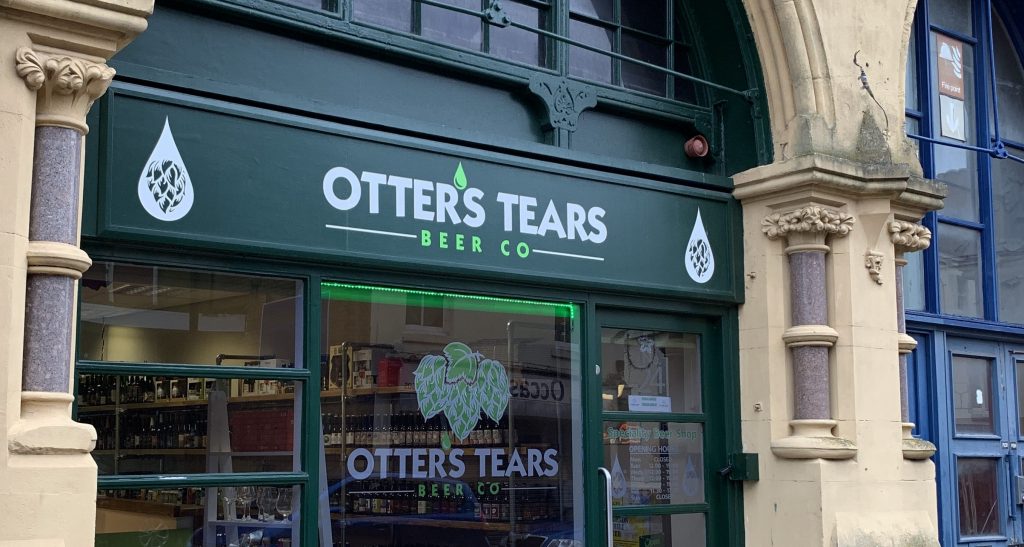 We welcome back Phil Hardy, owner of Otter’s Tears in Burslem, for more beer recommendations this month…

Following on from last month’s instalment, I thought I’d focus on breweries that have meant a lot to me over the years – people who have become firm friends as well as brewing the beers I love and can trust to deliver.

Torrside brew in New Mills up in the High Peak. It’s a democratic set-up between 3 experienced home-brewers – Chris, Nick, and Peter – with support from their long-suffering partners, one of whom is the talented artist who designs the labels for each beer. The guys started out with the mindset of wanting to brew what they loved to drink, and this is reflected in their smoked beers, imperial strength monsters, and well-balanced hop-bombs. With that in mind, I’ve sneaked in two beers for one here. 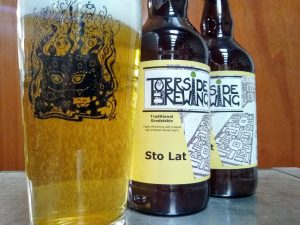 Zenkai Pale Ale, 3.7%
Part of a two-way collaboration with Bramhall’s Made Of Stone. A simple, crisp malt base allows Mosaic and Chinook hops to come shining through in the aroma. With plenty of grapefruit and mango flavours, Zenkai is a delicious session pale ale perfect for the changing season.

Sto Lat Grodziskie,  2.8%
Grodziskie is a traditional Polish beer style brewed using 100% oak-smoked wheat, and Sto Lat stays as true to the style as possible. Ultra-pale with plenty of fizz, it owes its refreshing bitterness to Polish hops. The smoke comes through particularly well in such a low ABV beer, with an end result lying somewhere in the unexplored hinterland between champagne and smoked ham! Head Brewer Chris thinks this beer perfectly represents Torrside; I think it will also appeal to the flavour loving readers of Sauce. 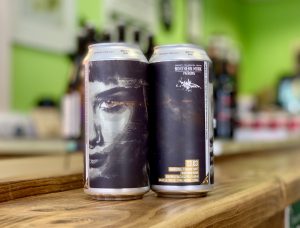 I’ve followed Northern Monk from long before their first brew. Back even before current head brewer Brian’s mammoth, year-long training journey with some of the world’s finest brewers across multiple continents, we have a long history and friendship. The Northern Monk Patrons Project is an initiative set up to foster collaboration, creativity and community between artists, athletes and creatives across the North. This is their latest release, which features peel-able label art from amazing street-style artist Tank Petrol.

Seismic Shift Double Dry Hopped Double IPA, 8.5%
Simcoe hops feature prominently in this beer, bringing passionfruit, grapefruit and dank pine to the forefront. It carries tangerine notes of Amarillo, the tropical flavours of Citra and Mosaic and finally a touch of floral, citrus Loral. A high percentage of flaked oats in the grist, plus a touch of wheat, ensure a soft mouthfeel. Fermentation with their IPA yeast of choice leaves an accentuating sweetness with generous peach and apricot esters. 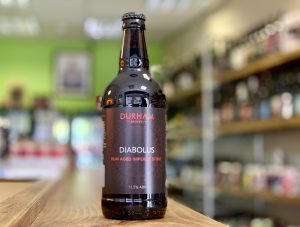 Our final beer is from Durham Brewery and is a bit of a beast. Durham have been at this brewing malarkey for a long time, so they know a thing or two about good beer. I was first introduced to them around 2010 and was immediately hooked by their mastery of tradition and willingness to embrace innovation. I helped launch their White Stout, a beer with the qualities and flavours you’d expect to find in something black as pitch, whilst being pale and transparent. I also built a Twitter-led international Imperial Stout tasting session around their beautiful Temptation Russian Imperial Stout, which leads perfectly onto the third beer: Diabolus, a variation on that brew.

Diabolus Rum Cask Aged Imperial Stout, 11.5%
In a very limited edition of just 600 bottles, this batch of Diabolus – like all the others – is a variation on the theme of Temptation. Durham have matured the beer in oak rum casks, resulting in a deep dark colour with flavours to match. Aromas of rum and black treacle with hints of oak precede a body that’s creamy and full, with strong liquorice flavours. Sharp, fresh morello cherry and damson notes cutting through this rich umami body, and the finish is long and lingering.

You can pick up April’s picks at Otter’s Tears this month, and find Phil’s March beer recommendations here.