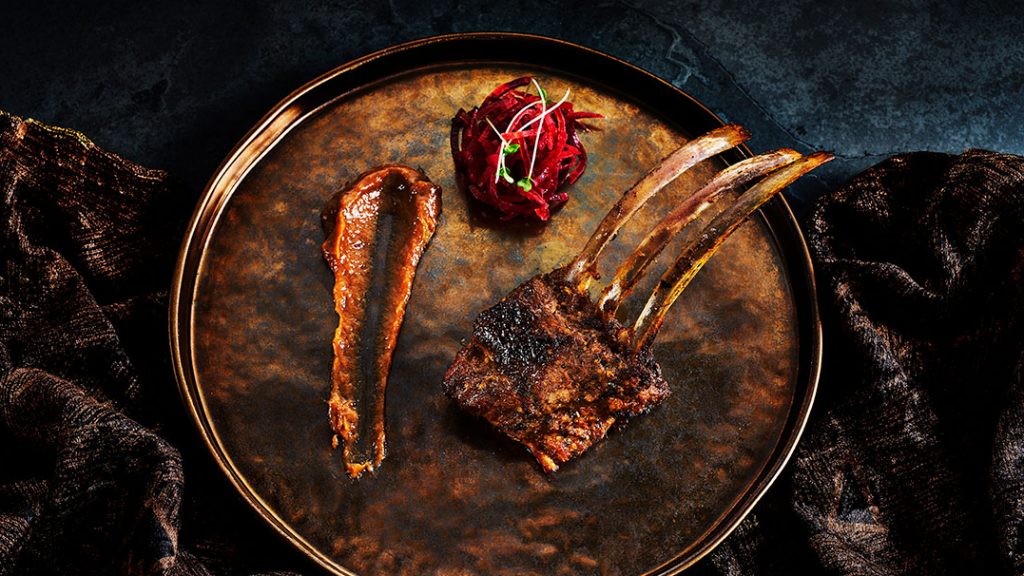 With fantastic views over Milford Common and Cannock Chase, just a few hundred yards from the River Sow and the Staffordshire and Worcestershire Canal, The Viceroy is something of a hidden gem.

It’s in this village just outside Stafford that chef-director Ain Ullah and his brother Rushan, who heads up front of house operations, are advocating a fresh approach to Indian gastronomy. Their aim is to deliver culinary experiences of the highest quality to truly reflect the region’s rich natural larder, challenging perceptions around Indian and Bangladeshi cuisine in the heart of Staffordshire.

“Since I was a child I’ve wanted to be a chef,” says Ain. “I worked my way up. I started washing the pots and pans in the kitchen, working with my uncle who actually taught me a lot. In the early 2000s I had a breakthrough and started cooking for a restaurant in Derby.”

After this, Ain moved down to London and started cooking with celebrity chef Atul Kochhar at Benares in Mayfair. With this experience under his belt, he went on to establish his own restaurant in Derby, where he found the freedom to start experimenting with different flavours and making his own spice blends. The Viceroy was added to his portfolio back in 2014.

“Most Bangladeshi and Indian curry houses have a big pot of gravy and when you order a dish they’ll use that same gravy in every dish, adding just a few different spices,” Ain states. “So every dish has a similar taste. We grind our own spices here in the kitchen. You can taste all my curries and every one will be different, which is very important to us. Each starter is complemented by a different sauce, rather than just giving one sauce for all starters as most Indian curry houses do. That’s why our menu is quite limited; the way we want to cook it is the way we think is the best way to do it.”

It’s for this reason that you won’t catch Ain adding spinach to your korma, for example, or serving up bright red tikka masala. Educating customers about traditional and contemporary Indian cuisine and how it differs from typical curry house dishes here in the UK is part of the mission.

“I think Indian restaurants provide more Anglo-Indian dishes because of where we are,” Ain conjectures. “Indian food can have really strong flavours and spices, and I think a lot of chefs tone it down for the European palate. What we’re doing now with our menu, the ingredients we’re using are English-French given a twist with Indian spices. So it goes together.”

There’s a real focus at The Viceroy on using local suppliers to source local produce wherever possible. And rather than keeping stock in the freezer, the restaurant gets daily deliveries of fresh ingredients. Another key element in The Viceroy’s unique offering is the attention to detail when it comes to customer service.

“We’ve trained our waiters to be able to advise customers based on their likes and dislikes,” says Rushan. “Some people have a very strong idea of what they want and what tastes they like. Although our dishes are different to others’ we have flavours that will appeal to every different customer.

“Whether they like mild or spicy or medium hot we have dishes that will suit, but they are flavoured a different way to the norm. For example, we don’t have chicken korma on the menu, but we do have a dish called White Chicken Curry which is a traditional Indian dish.”

The drinks menu has not been neglected either. While gin – paired with complementary mixers – and beer are on offer, wine is the drink of choice to go alongside your meal. Although you may not find familiar names from the retail racks in their cellar, the knowledgeable front of house team can always make a recommendation from the extensive list.

“When customers order wine before their food the staff ask what dishes they will be eating – whether it’s seafood, lamb or chicken – because we have different wines to complement them,” Rushan tells us. “My staff, once we have the menu from the chef, go through tasting sessions so we can pair the dishes with the wine. Some of our lamb dishes, for example, go really well with a full-bodied red.”

If you’re visiting Shugborough or the Chase this autumn and winter, you could do much worse than stop by The Viceroy to sample their delicious fusion of English ingredients and Indian spices. The brothers are not short on recommendations from the menu.

“I was really excited when the chef was drafting the menu about the kekda avocado starter,” confesses Rushan. “It’s soft shell crab with avocado panna cotta. They go together so well, with just a drizzle of passionfruit chutney. In years I wouldn’t have thought of having that in an Indian restaurant. I’m not a very big fan of seafood, but again when the chef was thinking of putting halibut on the menu with a coriander and mint chutney I tried it and really enjoyed it.”

The addition of saffron to the rice, which is not common practice due to the expense, produces a special flavour to complement the various dishes, but often the rice will be tailored to complement a specific main. For example, the halibut is best accompanied by a lemon chilli rice, because lemon goes so well with fish.

“At the moment my favourite dish is our Goan lobster, with fresh coconut, red chilli, coriander and black peppercorns,” Ain reveals. “We’re running out of it because it’s selling so well. And I love cooking the Kali Mirch, a chicken dish in a spicy sauce with dried chilli. It’s one of my favourites to eat because it’s on the spicier side and it’s contemporary.”

Plans for the immediate future include an extension with 16 VIP seats, along the lines of a chef’s table experience. There will be an exclusive tasting menu and a butler service available in this private dining space. Customer satisfaction is always the number one priority, and the long term goal is to be the best Indian restaurant in Staffordshire.

“We’re hoping to win some awards along the way, but our main goal is to satisfy all of our regular and new customers by  making sure our staff are happy and our food is the best.”

If you would like to sample Ain’s dishes for yourself, Viceroy is open 5:30pm until 11:00pm, seven days a week.

The Boat Inn puts Staffordshire on the Top 50 Gastropubs map