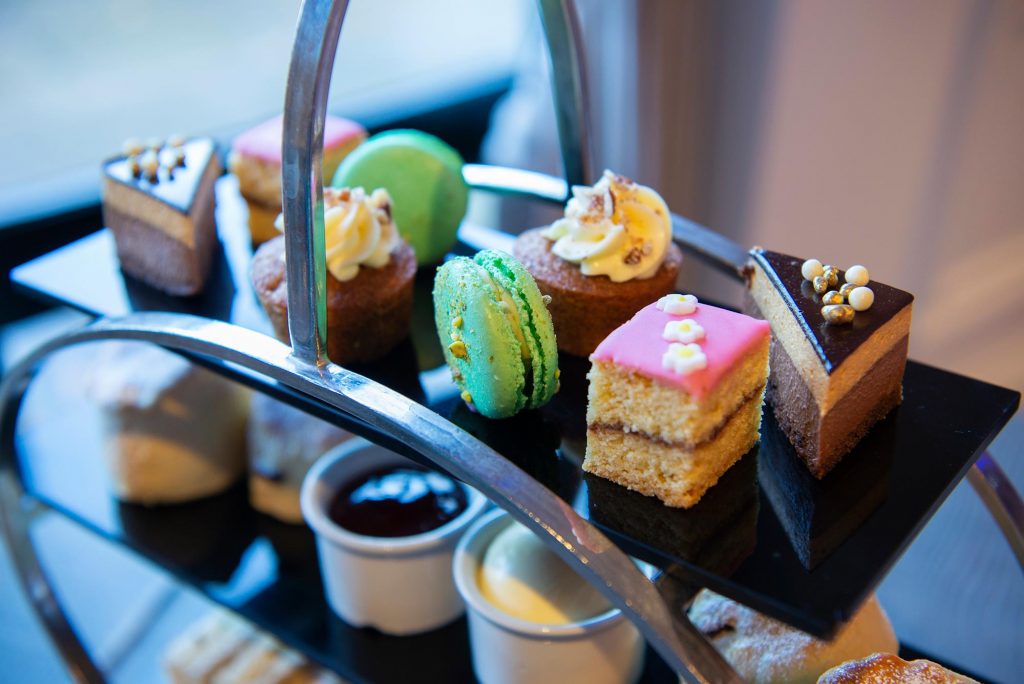 Staffordshire hotel and spa Hoar Cross Hall has achieved major success at Salon Culinaire, the UK’s most prestigious chef competition, which was held last week at the Birmingham NEC.

Situated in beautiful Staffordshire countryside near the sleepy village of Hoar Cross, just 9 miles from Burton-upon-Trent, Hoar Cross Hall is well-known for its luxury spa facilities. But it has also developed somewhat of a reputation for afternoon teas, with themes to reflect key calendar dates and the county’s wonderful seasonal produce.

Hoar Cross Hall’s executive head chef Tom Biddle and pastry chef Charlotte Wakelyn both came out on top in their categories after showcasing their skills, creativity and knowledge of provenance to panels of judges from across Europe.

Executive chef Tom won best in class in his two categories, beating stiff competition from peers in the UK and Malta. Meanwhile, Charlotte scooped bronze and silver awards for her afternoon tea pastries and miniatures, establishing herself as one of the UK’s foremost pastry chefs.

“It’s a pinnacle for any chef to get through to competing at Salon Culinaire, but to come back to the hotel with medals is quite literally the icing on the cake!” said Charlotte. “Chef is incredibly supportive of my work which means that we can forge forward and build a reputation for having one of the best afternoon teas in the UK in what are arguably the most stunning surroundings.”

The menu she presented for inspection included a passionfruit and lemon meringue eclair, a caramel and sea salt dark chocolate opera slice, and individual baked and decorated Battenberg cakes.

“I’m ecstatic for Tom and his brigade as they are continuing to elevate presence of The Hall as a foodie destination for The Midlands,” added Adrian Pickard, managing director at Hoar Cross Hall. “We want our afternoon teas to be known for their sense of experience for families and friends and Charlotte has just added a huge stamp of approval from the culinary world.”

The Boat Inn puts Staffordshire on the Top 50 Gastropubs map