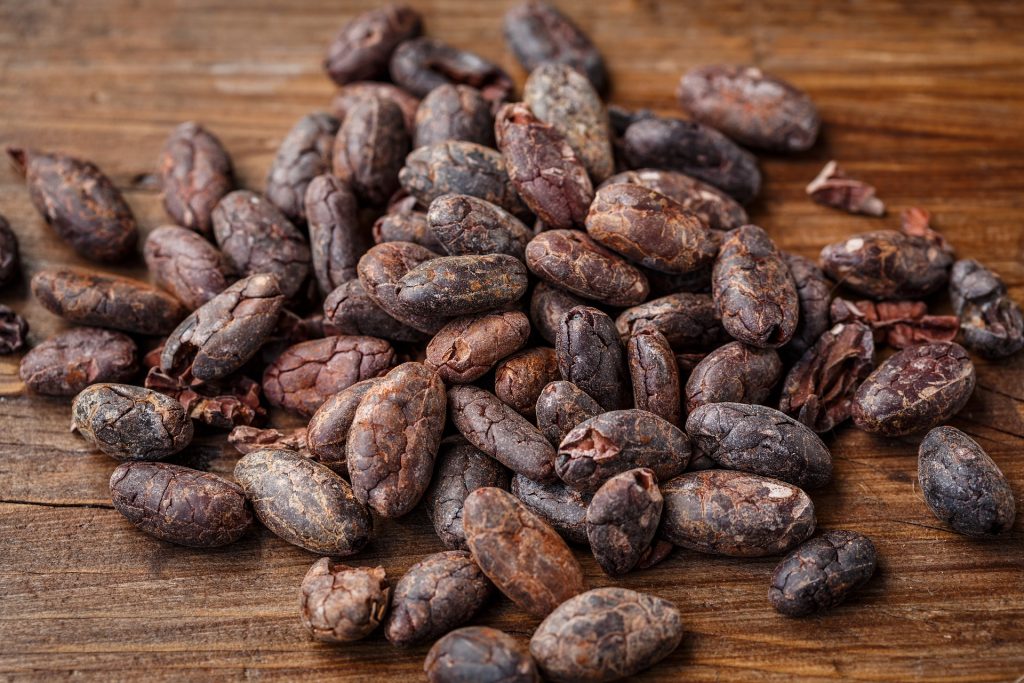 Bean-to-bar craft chocolate is a relatively new phenomenon in the UK, and an even more recent addition to the Staffordshire food scene.

The chocolate most of us are used to is mass produced and overly sweetened. But James Walter, the face behind Seed Chocolate, is here to tell you that there is a better way – for your tastebuds, for your waistline, for cacao farmers, and for the environment.

A chef for 20 years, James worked in fine dining restaurants across Europe and the UK before a back injury changed the course of his career. It was his partner that came up with the idea of making chocolate when he was told he would never work in a commercial kitchen again, and once he started investigating James became hooked.

“I thought it would be a part-time job to pay the mortgage, but it’s taken over my life,” he says. “The first year I was in rehabilitation and couldn’t walk, so to make use of my time I studied the chemistry of chocolate making, right down to the crystal structures in cocoa butter.

“I thought about chefs buying in these chocolate buttons and never questioning where they come from. We just use them. So I started sourcing my own cacao beans and making chocolate from scratch.”

The year that followed was one of trials and tribulations, negotiating a sharp learning curve and some extreme temperatures. Working from home, James had to make certain adaptations such as fitting an air conditioning unit to allow him to temper the chocolate reliably.

In an ideal world, chocolate would be ‘tree-to-bar’, the term for when chocolate is made on the plantation where the cacao beans are harvested from the tree. Of course in the UK we don’t have the tropical climate needed to grow cacao, so ‘bean-to-bar’ is the journey our chocolate makers embark on.

The cacao tree – Theobroma cacao – is native to the Americas, but can now be found in the same tropical equatorial band as the coffee plant. Sourcing the right beans is perhaps the most important part of the process for a craft chocolate maker. Just as grapes have a different terroir based on their origin, the flavour profiles of cacao beans vary from region to region. Some of the first James got his hands on were very acidic Madagascan beans, which he says made the house smell “like a balsamic chocolate brownie”.

“Then we met Luis, my main supplier, from Peru,” James told Sauce. “His bean is a native blanca, a white bean. It was thought to be lost but was rediscovered in the wild by backpackers in 2007. They now cultivate it and only supply micro-batch beanto- bar chocolate makers like ourselves.

“The bean is quite fruity with hints of apricot and passionfruit. It depends on the percentage as well. Everything starts out at 75% dark, but I’ve added another 10% recently because a few customers have asked for over 80%. It’s made my chocolate, strangely, more malty and less fruity.”

Fermenting is the first stage in developing the flavour of the chocolate, which is partly why the farmer can directly impact the quality of the finished product. The number of times the beans are turned during this part of the process can change the taste of the resulting chocolate dramatically. The beans are then dried before being packed, imported by ship from the farm, and arriving at James’ kitchen in Longton, Stoke-on-Trent. That’s where he takes over.

“I roast, then we winnow, which is a glorified word for removing the husk with a hoover! Then we stone-grind for at least three days nonstop. If it’s 100% dark there are only beans in there. If it’s 75%, 25% sugar is added to the mix. That makes a dull noise that keeps me awake at night.”

Although it’s not universal practice, James ages his chocolate before it is tempered and finished. It’s poured out of the grinder into blocks and placed in airtight containers, where it stays for around a month. Then it goes into the tempering machine before being moulded into the final shape, packaged and sold, mostly at local food markets but also online soon.

For now, Seed Chocolate is expanding slowly and organically. James is planning a larger range of vegan chocolate made with rice and coconut milk powders, as well as a no-added-sugar bar made with 30% milk powder – the so-called ‘supermilk’. Ideally, he wants to retain the freedom to make a variety of products in small batches and be more experimental.

“There’s a lovely group of ladies on the Solomon Islands who’re sending me some of their cacao,” James goes on. “The climate there is quite wet so they’re not able to sun-dry the beans as is typical elsewhere. Traditionally, they are dried over the embers of a wood fire so you get a naturally smoked chocolate.”

There’s a collaboration with Cheshire Brewhouse in the pipeline on a chocolate stout, and James is also in talks with a top sommelier about blending a range teas to complement the chocolate.

“I’m learning from talking to our chocolate family,” he says. “We’re always helping each other out, whether it’s importing beans or going for a beer and talking chocolate.”

Help, advice and support from pioneers of the craft chocolate movement in the UK – such as Solkiki in Dorset – has been invaluable.

“There’s no snobbery or keeping secrets,” James adds. “Everyone’s just trying to push craft chocolate. We want people to be proud that Stoke-on-Trent and Staffordshire have got award-winning chocolate makers.”