How do you get people to eat better quality British meat?

daren
6 min read
801 views
No Comments on How do you get people to eat better quality British meat? 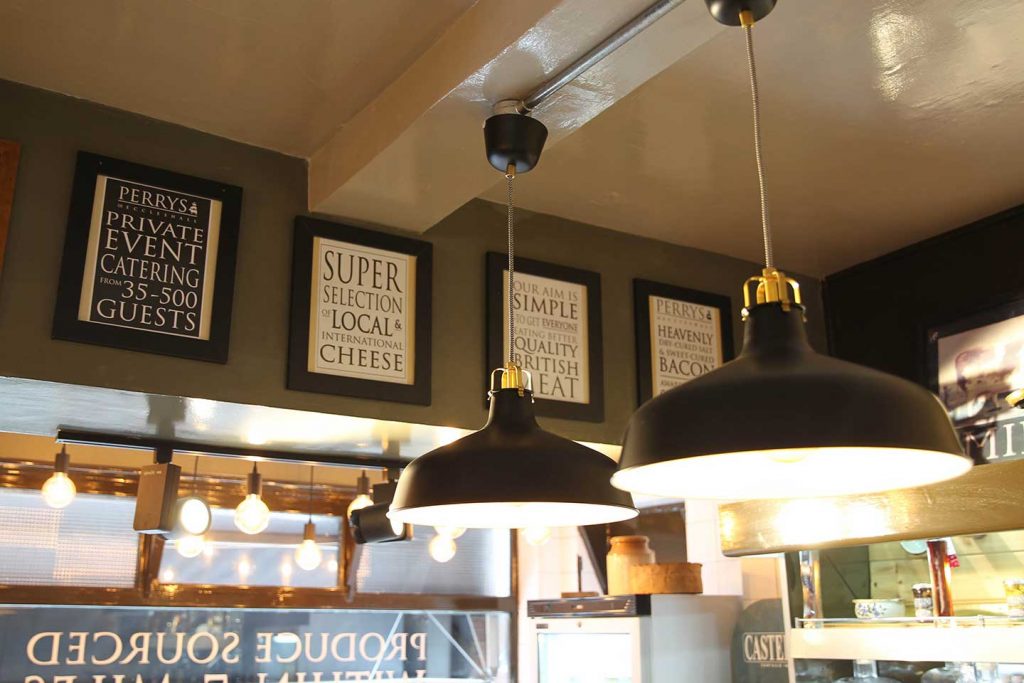 Master butcher Stephen Hill from the Award Winning Perry’s of Eccleshall has a few ideas.

Current master butcher Stephen Hill has been with the business for three and a half decades, but Perry’s has been renowned in this picturesque east Staffordshire village for over 90 years. After starting out as WM Perry next to Eccleshall Livestock Market, founder Bill Perry set up the shop and abattoir as it now exists on Stafford Street.

As regional finalists in the butcher category in the Countryside Alliance Awards’ butcher category and winners of seven gold awards at the English Winter Fair for their traditional pork sausages, Perry’s are obviously doing something right.

All of the produce in the shop is locally sourced, the majority from within five miles of the premises.

The beef comes from Knightley Grange and Lawnhead, while a farm in Cranberry supplies the pigs.

While many Eccleshall natives are familiar with this hyper-local approach, Stephen says some customers are surprised to hear that all of the meat in the shop is slaughtered and butchered on-site, and aged for between 28 and 35 days, where appropriate. More and more people are asking about the provenance of their food, he adds.

And because of their commitment to traceability, Stephen can tell when more than one customer comments on the quality of meat from an individual beast. Their grass-fed beef – with its deep flavour and characteristic marbling – is particularly popular.

Stephen is the first to admit that traceable, local, properly matured products do have a price difference attached. But Perry’s meat is priced to sell, and often compares favourably with other butchers and even – on occasion – with the supermarkets. In any case, the team often prefers to let quality speak for itself.

“One lady was hosting a dinner party and had bought a joint from us,” Stephen relates. “Twice as many people were coming as expected and we were shut because it was Saturday afternoon, so she bought a similar size joint from the supermarket. She cooked them next to each other and said the supermarket one shrank to half the size!”

At Perry’s, there’s a traditional nose-to-tail approach to butchery. That means making full use of the whole animal and not wasting any bones, organs or other offal. When it comes to cattle, Stephen says around 95% of the animal can be used, including the bone marrow, which goes into their beef burgers. Ox cheeks and oxtail are also now back on the menu, 20 years after the BSE crisis.

This is partly why Stephen runs a number of butchery and knife skills courses out of the shop. Understanding how to neatly bone a chicken or joint half a lamb, for example, allows customers to minimise waste and make the most of the produce they buy.

“Two ladies who came on one of the courses said they got twice as much out of their chicken because they cooked it, had their meals, sliced the rest up and had sandwiches – and it was so easy.”

The market is tough and while many local butchers are closing their doors for the last time, Stephen and the team at Perry’s are striving to maintain a sustainable model – as well as taking on more than one of those butchers and their skills.

“It’s all about sustainability, traceability, and giving quality and assurance,” he explains. “The price is the price, which is difficult. Sometimes things move – spring lambs will be through the roof as per usual. At the end of the day, if you’re lambing through the winter you’ve got to feed and look after those lambs.”

Customer demand is very much led by TV chefs and personalities, according to Stephen, with lamb neck fillet enjoying a wave of popularity. Perry’s recommend diced shoulder, which brings the price down to around £12 per kilo from £25, making achieving the Masterchef effect much more affordable for the customer. Beef and turkey were in high demand over the Christmas period, along with some more unusual requests.

“We did quite a few five-bird and seven-bird roasts this year,” says Stephen. “They were whole birds in birds in birds, not parts.”

Shin of beef is one of Stephen’s favourites, but for him the most under-rated meat is goat. After selling eight goats over the course of 2017, it’s something he’s keen to push this year. For the most part, he is happy if he can get a customer to try something new.

“We had a lady look at the Gloucester Old Spot bacon, but she said it was too fatty so took some regular back bacon. I gave her a few slices of the Old Spot to try. A couple of weeks later her husband came in and said, ‘Have you got any of that bacon? It was gorgeous!’.”

At least for now, the meat reduction movement does not seem to be having an effect on business. Although he personally wouldn’t consider becoming vegetarian or vegan, Stephen thinks altering your diet to have a meat-free day once a week and fish once a week makes a certain amount of sense.

“I’ve always said eating a 16 oz steak is too much. You need to eat about 6-8 oz of protein a day. We need to keep those smaller portions to keep our diet right.”

Looking to the future, is there a new generation of young butchers ready to take up the cleaver? With one apprentice’s training coming to an end, the business will be looking to take on another in June or July. Stephen has also been involved setting up a butchery Trailblazer apprenticeship programme. This work is key to the long-term sustainability not only of Perry’s of Eccleshall, but of the industry as a whole.